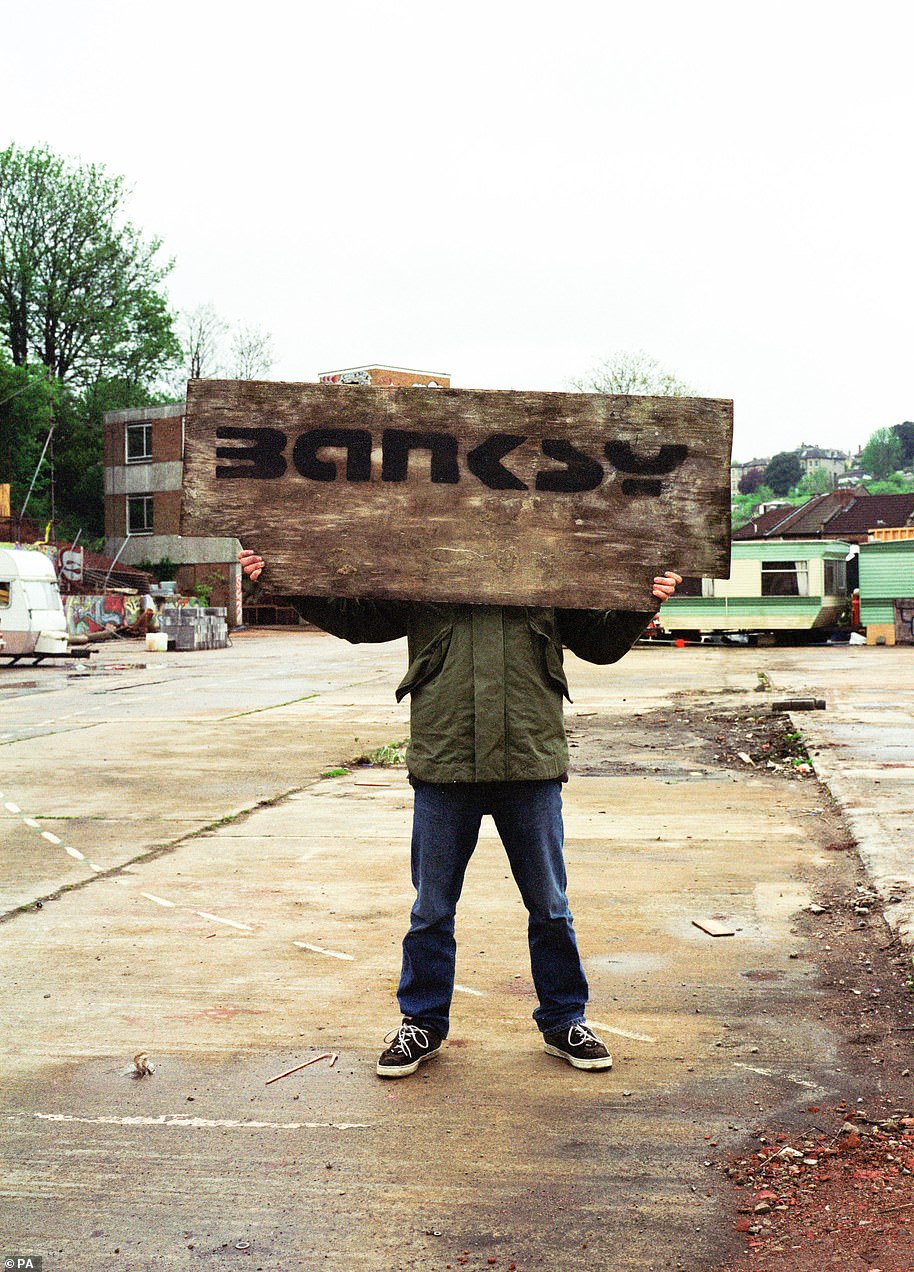 
After a year of investigation by Claudia Joseph, Simon Trump, Ewan Fletcher, Adam Luck, Jason Buckner and Craig Hibbert, Banksy was referred to as Robin Gunningham in the Mail on Sunday.

The The search began with a photo taken in Jamaica of a man in a blue shirt and jeans with a touch of a smile on his face and a spray can at his feet. Recorded in 2004 to show Banksy at work. When the image was released, it appeared to be the first crack in the armor of anonymity the artist has shielded himself with since his work caught the attention of the art world.

Armed with this photo, the team traveled to Bristol, believed to have been Banksy's hometown for a long time, where they contacted a man who claimed to have once met the artist in the flesh.

Lots of people said so too, but when you started asking for more information, you found that they actually “know someone who's met Banksy” – and the lead went cold.

However, this man claimed not only to have met the elusive artist, but also to give us a name – not the usual variations of the name Banks, but an even more fascinating one.

He insisted that the man in the photo was previously known as Robin Gunningham – and it didn't take much imagination to figure out how such a name could lead to the nickname Banksy.

They were able to obtain further information from the publicly available records.

Robin's father, Peter Gordon Gunningham, was from the Whitehall area of ​​Bristol. His mother, Pamela Ann Dawkin-Jones, was the company's secretary and grew up in the exclusive Clifton neighborhood.

The couple married on April 25, 1970 at Kingswood Wesley Methodist Church. On February 8, 1972, their daughter Sarah was born at Bristol Maternity Hospital. By then, Peter had been promoted to area manager for a hotel company and the couple had bought their first home, a duplex in Bristol.

On July 28, 1973, Robin was born in the same hospital. According to neighbors, the boy had early surgery for a split pallet.

When Robin was nine years old, the family moved to a larger house on the same street. There he spent his formative years and was interested in graffiti.

A neighbor, Anthony Hallett, remembers the couple who took to the streets as newlyweds and lived there until 1998. They have since split up.

When they showed Mr. Hallett the photo of Jamaica, he said the man in it was Robin Gunningham.

In 1984, then 11-year-old Robin donned a black blazer, gray pants and striped tie to attend the prestigious Bristol Cathedral School, which currently has fees of £ 9,240 a year and supermodel Sophie Anderton as a former Schoolgirl lists.

It was hard to imagine that Banksy, the anti-authoritarian renegade, was a public disciple wandering the former 17th century monastery with its upper and lower squares and prayers in the old cathedral.

Then they found a school photo of Robin Gunningham with glasses, taken in 1989, showing a recognizable resemblance to the man in the photo from Jamaica.

Indeed, classmates remember Robin, who was at Deans House, as a particularly gifted artist.

In the rare interviews that Banksy gave (always anonymously), the artist acknowledged that his first interest in graffiti was at school.

As the investigation progressed, her research repeatedly showed that the details of Robin Gunningham's life story matched perfectly the known facts about Banksy.

In 1998 Robin Gunningham lived in Easton, Bristol with Luke Egan, who later exhibited with Banksy in Santa & # 39; s Ghetto, an art shop that opened in London's West End for Christmas 2001.

It is believed that Egan and Gunningham left the house when the owner tried to sell it.

Camilla Stacey, a curator at the Here Gallery in Bristol who bought the property in 2000, said Banksy and Robin Gunningham were one and the same person. She knew that the house had been inhabited by Banksy because of the works of art that remained there – and she got a job for him on behalf of Robin Gunningham.

As soon as the group was almost certain that Banksy was Gunningham, they set out to find him and see if his parents would help.

His mother Pamela lived in a neat modern bungalow in a village outside of Bristol. After identifying us, they asked her if she had a son named Robin.

Your reaction was very strange. They showed her the photo of Jamaica and she was visibly shocked, but said she did not recognize the man in the photo, to whom she bears more than a passing resemblance. They asked if she could put us in contact with him.

"I'm afraid I don't know how to get in touch with him," she said.

They asked her if she had any other children. "Yes a daughter."

But not a son, and certainly not a son who has attended Bristol Cathedral School?

“No,” she said, and continued to deny she was Pamela Gunningham, insisting that the electoral roll was wrong.

Conversation with Peter Gunningham, who now lived in a suburb of Kingsdown, was just as confusing.

Again they presented the photo by Banksy / Robin Gunningham. Mr Gunningham said he did not recognize the person in the picture. They told him that they believed his son was Banksy. "No," he replied. "I really can't help you."

Mr Gunningham continued to politely deny that his son was Banksy, but his manner was almost playful. He refused to give them any information about Robin. It was all very strange.

Had the couple never heard of Banksy or Robin Gunningham, one would have expected a reaction of utter confusion. This did not seem to be the case.

They then contacted Banksy's PR officer, who, in the best Banksy tradition, neither confirmed nor denied the story. 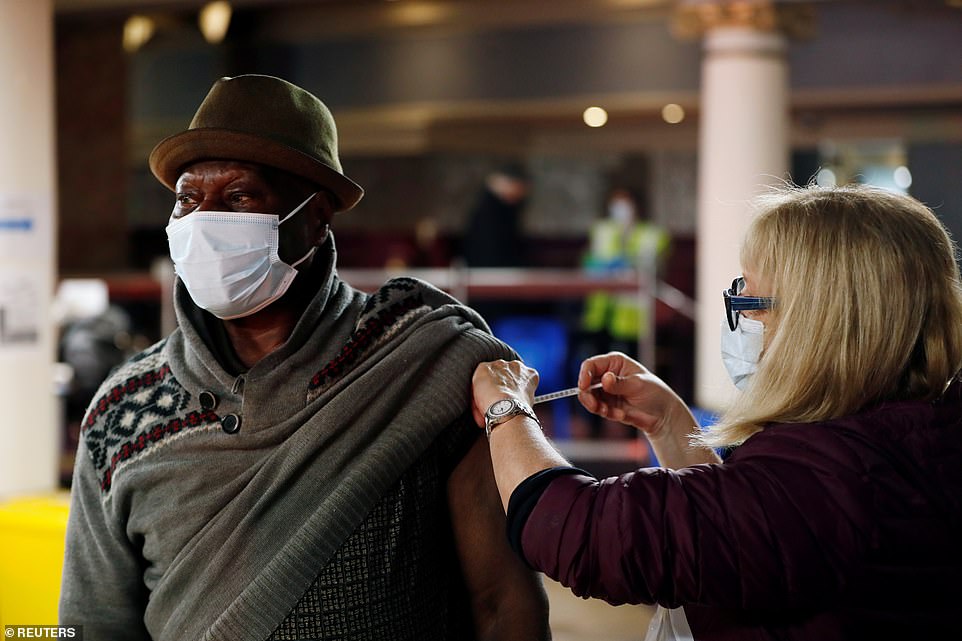 In Hackney, the car plows five pedestrians
The self-isolation time must be reduced from two weeks to 10 days for contacts at risk
Comment